“(COLORADO SPRINGS) In a strong refutation of spurious claims of “religious oppression” posted in a billboard by a fundamentalist Christian coalition, the nationally-recognized Military Religious Freedom Foundation (MRFF) has arranged for the posting of a billboard blasting religious oaths at the United States Air Force Academy (USAFA). MRFF’s billboard (see artwork above) will be posted directly on the FLIP-SIDE of the virulently sectarian billboard it opposes.

MRFF’s reaction was provoked by a billboard posted by the recently-formed Christian fundamentalist Restore Military Religious Freedom Coalition (RMRF). The billboard ridiculously infers that Air Force cadets are somehow unable to practice their religious faith at the Academy, asking cadets “Are you free to say so help me God? They did.” Set against the background of a photo of Mount Rushmore, the billboard constructs a false equivalent between the core values of the Founding Fathers of the United States and the Constitutionally-prohibited religious activity within the government and military that they stood against.

Under withering MRFF pressure last October, the Academy made the phrase “So Help Me God” an optional component of its previously-mandatory honor oath. MRFF currently has 479 cadets, staff and clients at USAFA, 401 of whom self-identify as practicing Christians, both Protestant and Roman Catholic.

Speaking from his home in Albuquerque, New Mexico, Weinstein explained, “Of course the cadets are free to say ‘so help me God.’ But this should always clearly be their choice, and not be forced or coerced in any way.”

MRFF has scheduled the opposing billboard to be publicly posted within days directly on the opposite side of the RMRF billboard. The billboard depicts a similar photo of Mount Rushmore and is accompanied by the text, “Are you free NOT to say So help me God? George Washington DIDN’T in his officer’s oath.” The billboard also contains a photograph of an oath signed in 1778 at Valley Forge by President (then-General) George Washington, which makes absolutely no religious reference to ‘God’ whatsoever.

This is the second time that MRFF has cited the oath. Last November, the constitutionalist civil rights organization illustrated this precise historical point by putting up another billboard in the vicinity of USAFA showing the same photo of the Valley Forge oath.

Continuing, Weinstein also explained how “The Continental Congress did not add the words ‘so help me God’ to the oath, and, in accordance with the Constitution’s ‘no religious test’ clause (Article 6, Clause 3), neither did the first Congress under the Constitution in 1789.”

Weinstein added, “It is MRFF, and not the [RMRF], that has history on its side.” “The pursuit of truth and beauty is a sphere of activity in which we are permitted to remain children all our lives.” 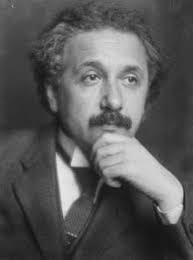 “The leader of a church-state separatist group says that there’s a “revolt” underway at the U.S. Air Force Academy in Colorado Springs, Colo., after officials there removed a Bible verse from a white board outside a cadet’s bedroom door following complaints that its presence was offensive.”